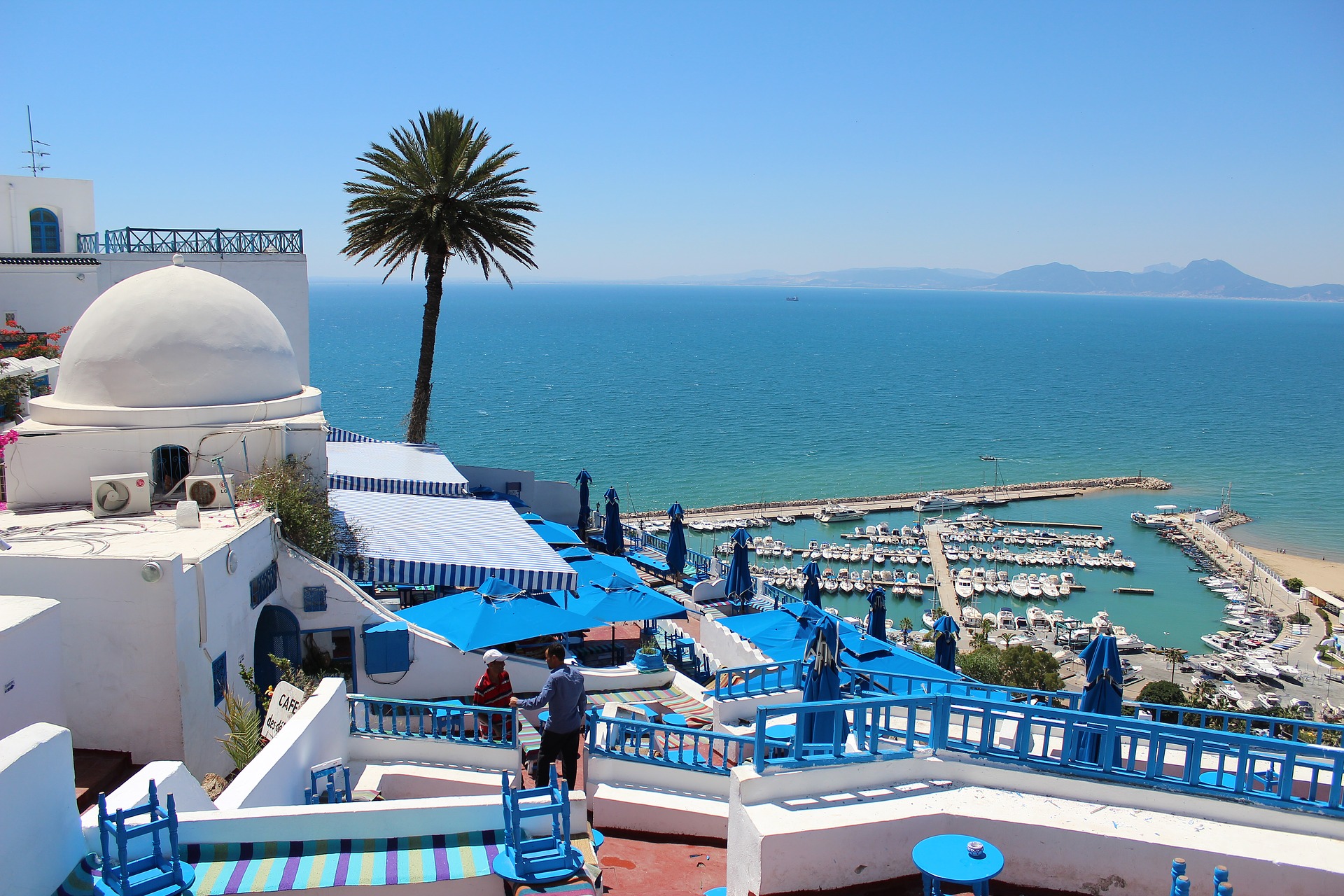 Impossibly Charming and amazingly photogenic, Sidi Bou Said is a clifftop village of petite dimensions that seem to have fallen off an artist’s canvas. Unsurprisingly, artists have feted this little hamlet for decades. The whitewashed alleyways, wrought-iron window frames, and colourful blue doors are Tunisian village architecture at their finest, while the Mediterranean backdrop is the cherry on top. This is a place to while away a lazy afternoon, simply soaking up the laid-back atmosphere and maybe indulging in a spot of shopping at one of the many local artisan and handicraft stalls.

Sidi Bou Said has a reputation as a town of artists. Artists who have lived in or visited Sidi Bou Said include famous occultist Aleister Crowley, Paul Klee, Gustave-Henri Jossot, August Macke and Louis Moillet. Tunisian artists in Sidi Bou Said are members of École de Tunis (painting school of Tunis), such as Yahia Turki, Brahim Dhahak and Ammar Farhat. French philosopher Michel Foucault lived there for a number of years while teaching at the University of Tunis. French author Andre Gide also had a house in the town.

In the 12th century/13th century AD Abu Said Ibn Khalaf Yahya al-Tamimi al-Beji arrived in the village of Jabal el-Menar and established a sanctuary. After his death in 1231, he was buried there. In the 18th century, Turkish governors of Tunis and wealthy citizens of the latter built residences in Sidi Bou Said.

During the 1920s, Rodolphe d’Erlanger applied the blue-white theme all over the town.  His home, Ennejma Ezzahra, is now a museum.

One of the most famous landmarks of Sidi Bou Said is what is known as the “Nejma Zahra” palace, built by the English Count Erlanger, which shows the manifestations of love and beauty reflected in its decorations, angles and ruins. Today it has turned into a museum that displays musical instruments and organizes concerts of classical and Arabic music.