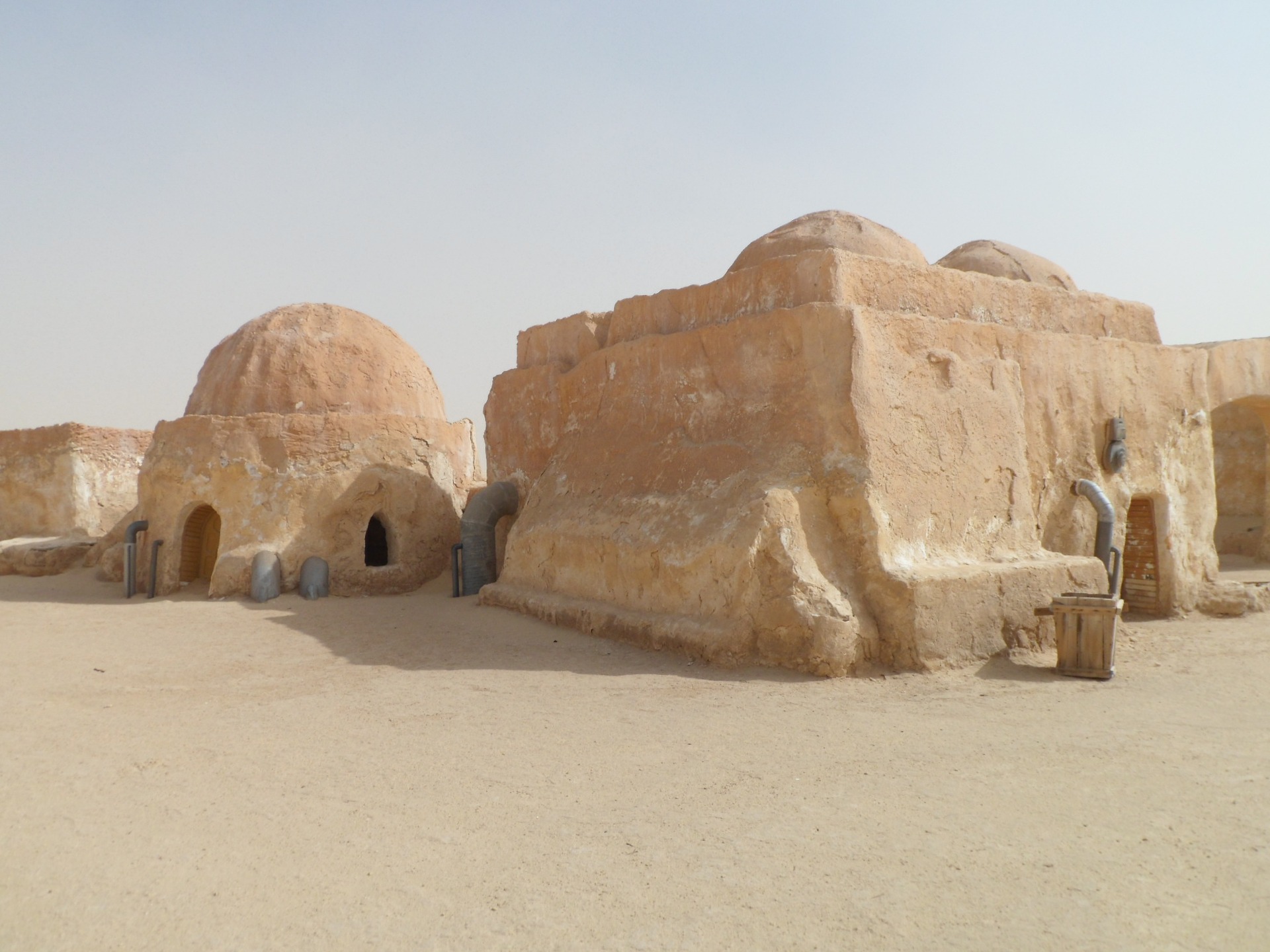 Chenini is a ruined Berber village in the Tataouine district in southern Tunisia. Located on a hilltop near a modern village of the same name, Chenini was a fortified granary, or ksar. Like other ksour (plural) created by North African Berber communities, Chenini was built on a hilltop – in this instance, between two hilltop ridges – to help protect it from raiding parties. The oldest structures on the hillside date back to the 12th century; some of the buildings are still used to store grain for the villagers living in the valley below.  Chenini is a regular stop on southern Tunisia’s ksar trail, along with the villages of Douiret, Ksar Ouled Soltane and Ksar Hadada.

Chenini and the surrounding Tataouine district are also associated with the Star Wars film series. Many scenes for the movies were filmed in the area; one of the moons of the home planet of Luke Skywalker was named Chenini. Since the 11th Century, houses were built in the mountains properly known as Trogdalyte houses. Entering any of these buildings, one is welcomed with a sense of cool air compared to the heat outside.

Also found in Chenini is a very old mosque named Seven Sleeper Mosque. Legend has it that seven people slept there for a length of 308 years during which they continued to grow. The graves found beside the Seven Sleeper Mosque show the continued growth of these seven humans, with grave’s length reaching a total of 5 mtrs long.