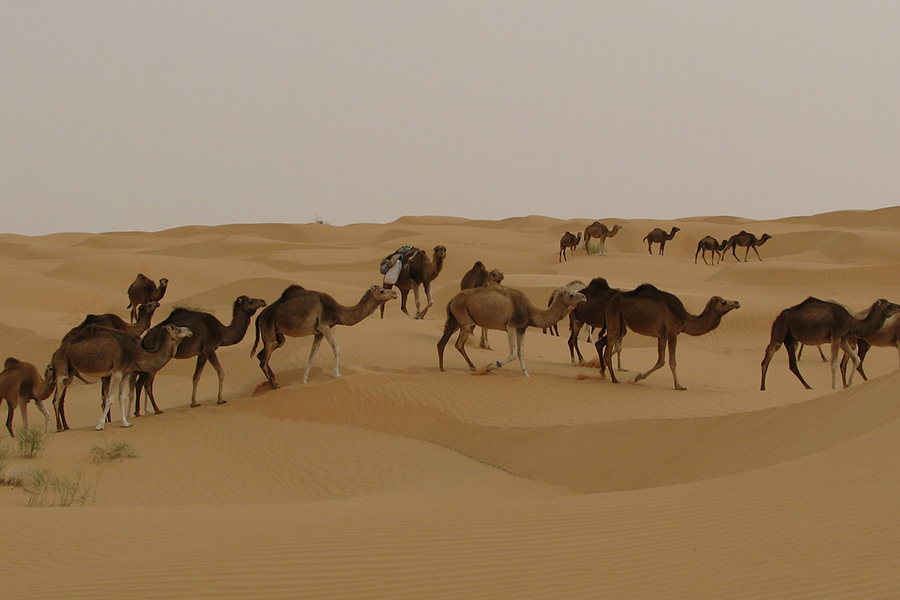 Tunisia’s vast Sahara covers much of the country’s interior though, the most beautiful corner of the desert is the field of sand dunes known as the Grand Erg Oriental. These poetically beautiful dunes are a surreal and gorgeous landscape of huge waves, shaped by the ever-shifting desert sands. For many visitors, this is an adventure playground for riding dune buggies and camel treks but nothing tops the simple pleasure of sitting atop one of these mammoth sized sand mountains and watching the sunset over the Sahara. 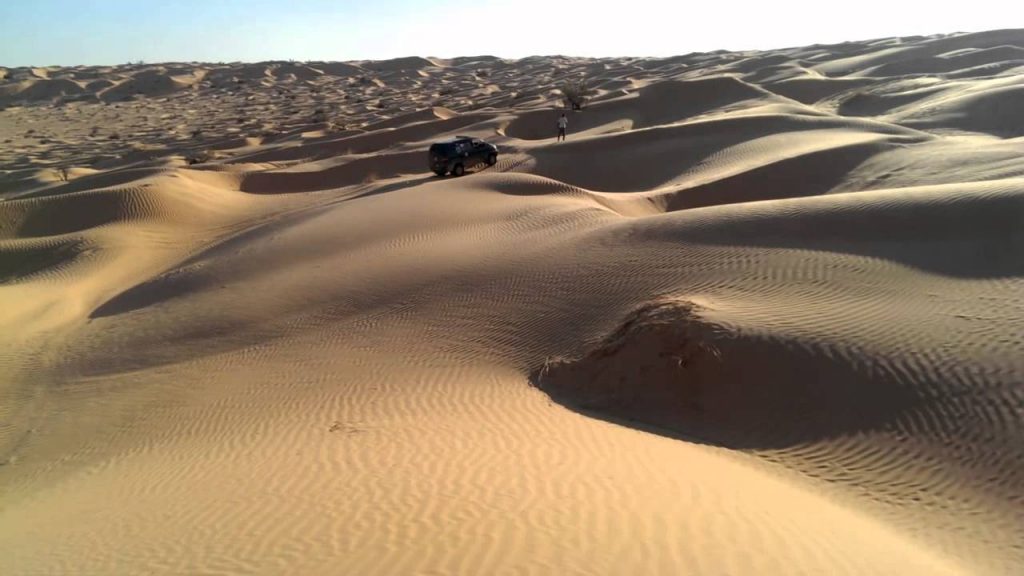 The Grand Erg Oriental is accessible overland by an Algerian road, which goes south from Constantine. It passes through the Aurès mountains, then salt lakes by the city of Biskra. Next to the road skirts of the western edge of the erg.  After about 500 km. in all, it reaches the ancient oasis of Ourgla [Wargla]. Since late antiquity Wargla was a stop for the Saharan trade, being situated along a caravan route of several thousand kilometres, stretching from the Mediterranean to the Sahel. In the process, such caravans crossed the great desert. Wargla was the capital of late medieval M’zab, an Ibadi political entity descended from the earlier Rustamid polity. Wargla is today a mid-sized modern city and the provincial capital, with a focus on the oil industry.